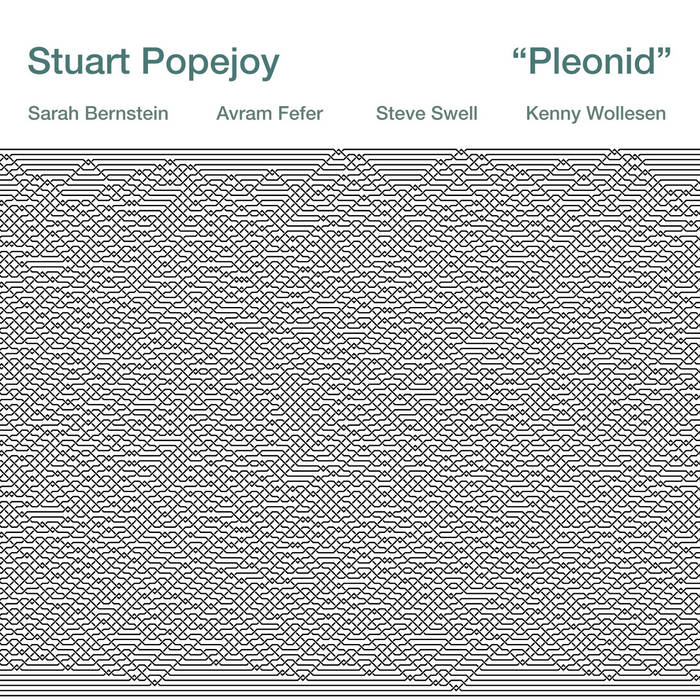 "It’s seriously fascinating how this recording sounds both completely improvised and mathematically coordinated all at the same time. It’s not so much a jazz-classical crossover work as music that embodies the spirit of the motivations that drives those forms of expression. This one-hour continuous work ... never stops surprising, feels nearly endless, then is over far too soon." - Bird Is The Worm www.birdistheworm.com/the-round-up-there-is-grace-in-us-all/

"There’s a real collective heat and sense of exploration ... a sparkling listen that unfolds into an Ornettian omniverse. Just be good to yourself and go listen!" -- Marlbank jazz www.marlbank.net/even-more-dream-weaving/3822-hour-power.html

"Pleonid’s mesmerizing angularity, dizzying patterns and conversational back and forth is both cathartic and intense" - Brad Cohan, The Observer observer.com/2017/05/month-in-weird-may-best-avant-garde-concerts/

Pleonid is a major work by composer Stuart Popejoy, who uses braid theory from advanced mathematics to create the distinctive form of counterpoint featured in the piece. Improvisation, either through the interpretation of written motifs, or in free soloing over composed chordal backgrounds, showcases the distinctive sounds of the musicians, punctuated by short through-composed vignettes. Using his own software to compose and arrange the work, Pleonid represents Popejoy's focus on algorithmic methods, as heard in his compositions Void (2008) for vibraphone and electric bass, Single Payer (2012) for solo snare drum, and Cyclops (2013) for rock trio.

Bandcamp Daily  your guide to the world of Bandcamp